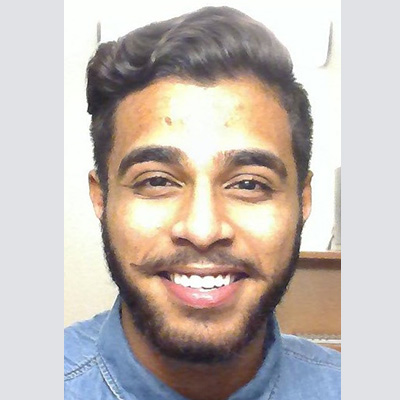 Mr. Aman Gupte graduated from The University of Texas – San Antonio in 2019 with a Bachelor of Science in Geology. While there, he received a grant from the National Science Foundation to conducted undergraduate research on the Eagle Ford – Austin Chalk Formation boundary in Bexar County. The study began with defining depositional environment along the boundary, then progressed on to source rock potential evaluation and hydrocarbon migration pathway mapping through the Balcones Fault Zone.

After graduation, Mr. Gupte joined Schlumberger’s Reservoir Optimization Lab in Houston as a Rock Analysis Specialist, where he performed petrophysical testing on unconventional core from fields around the world.

Mr. Gupte has enrolled into the Subsurface Geoscience Master’s program specializing in Geophysics, with the desire to strengthen his skills in quantitative analysis and cultivate a deeper understanding of the natural world.