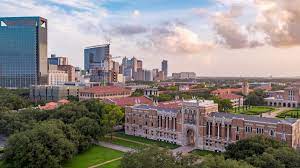 Mr. Loren Young recently graduated from Rice University with a Bachelor of Science in Mechanical Engineering. During his undergraduate studies, he was a sub-team lead for Rice Eclipse, Rice’s amateur rocketry team. He served as the Airframe lead in designing and building a carbon-composite rocket capable of flying to 10,000 ft, as well as the Fluid Flow lead in simulating nitrous oxide flow through custom injector plates for Eclipse’s hybrid rocket engines. He interned at NASA Johnson Space Center as an assistant satellite operator and currently works at the Toyon Research Corporation where he simulates hypersonic-reentry vehicle trajectories. After he completes his Master’s degree, he plans on commissioning into the Air Force through AFROTC as a pilot with hopes of becoming an astronaut in the mid-2030s.